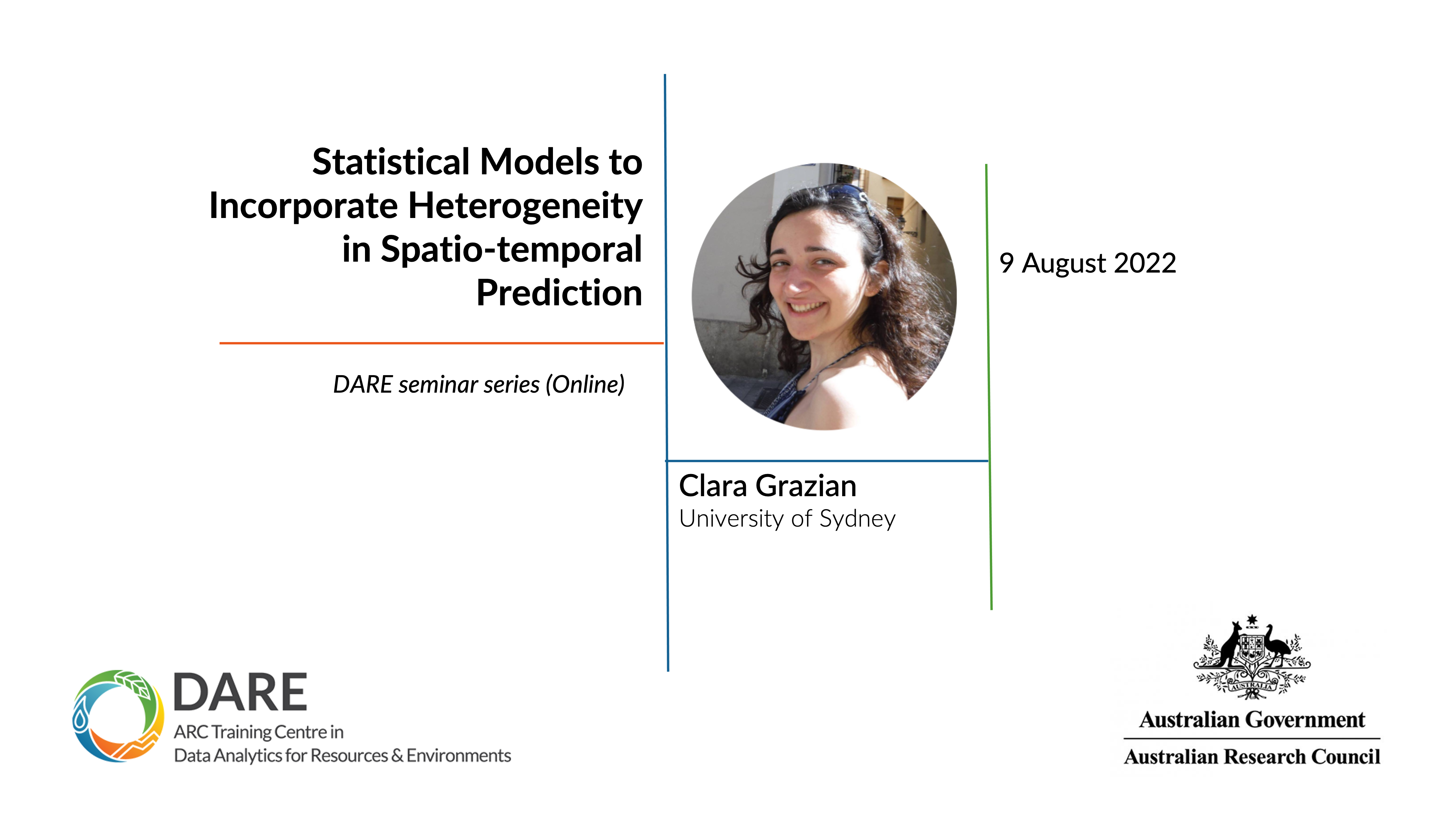 Dirichlet processes and their extensions have reached great popularity in Bayesian nonparametric statistics. They have also been introduced for spatial and spatio-temporal data, as a tool to analyse and predict surfaces.

A popular approach to the Dirichlet process in a spatial setting relies on a stick-breaking representation, where the dependence over space is described in the definition of the stick-breaking probabilities. Extensions to include temporal dependence usually introduce a temporal dependence among the atoms of the Dirichlet process, however this approach does not let us properly test and incorporate a possible interaction between space and time.

In this talk, a Dirichlet process is proposed where the stick-breaking probabilities are defined to incorporate both spatial and temporal dependence. An advantage of the method is that it offers a natural way to test for separability of the two components. The performance of this approach will be tested on simulations and a real-data example from meteorology.