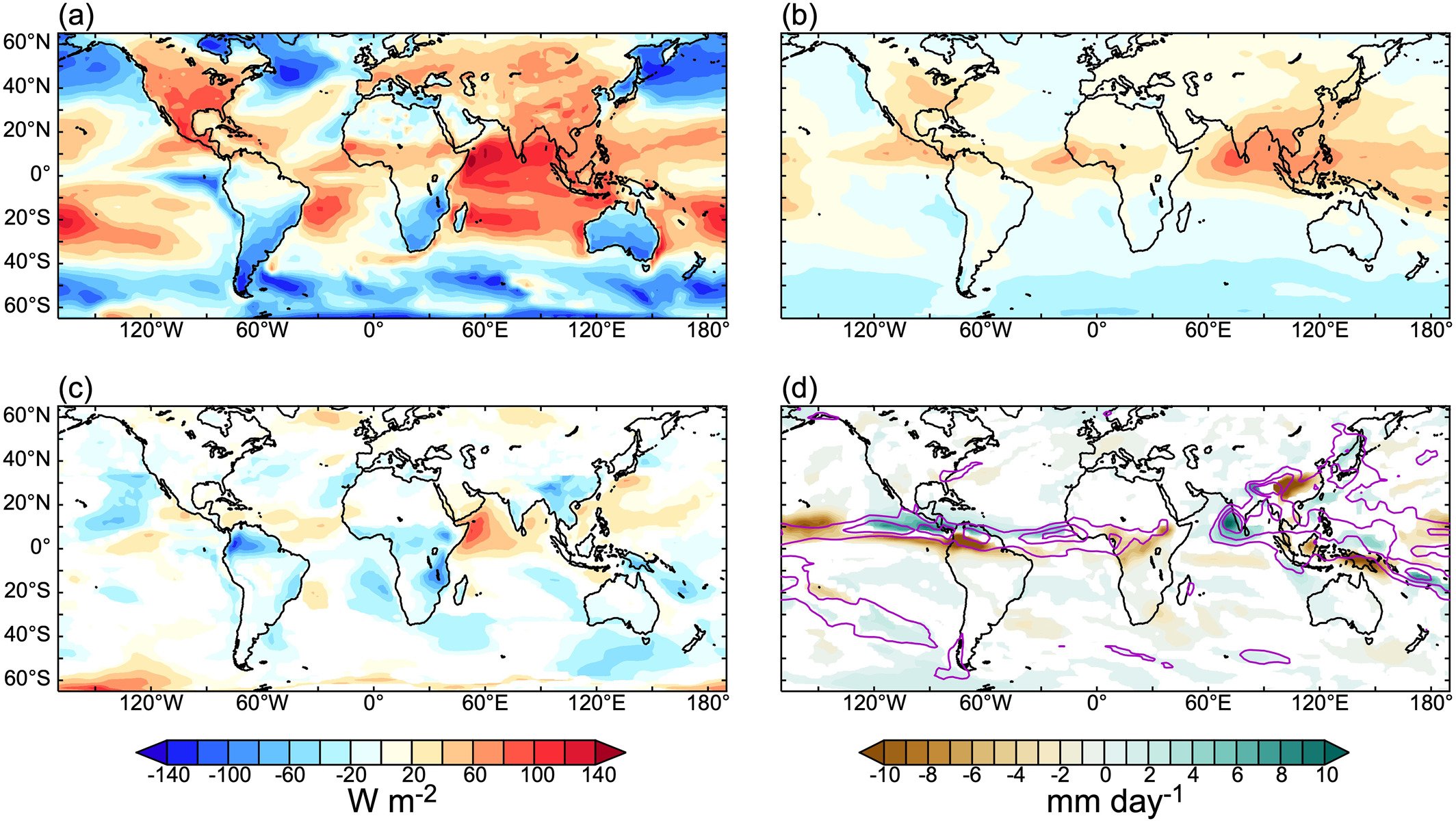 Posted at 13:45h in latest-news by DARE Centre

Nandini Ramesh, DARE’s former chief investigator, publishes their study on “The Unexpected Oceanic Peak in Energy Input to the Atmosphere and Its Consequences for Monsoon Rainfall” in Geophysical Research Letters, access link to the full article.

“Land’s influence on the energy supplied to the atmosphere has long been recognised as a leading cause of monsoons. From early theories conceptualising monsoons as continental-scale sea breezes responding to land-sea temperature contrasts, to modern frameworks based on air’s total energy content, the energy input to the atmosphere over land has been assumed higher than that over ocean in the summer hemisphere. We show that, instead, in the Asian region, the energy input to the atmosphere is larger over ocean than land because of clouds’ effects on radiation. Observations and simulations indicate that the spatial pattern of tropical rainfall is set by interactions between clouds and the land-sea contrast in surface heat capacity, mediated by atmospheric circulation.”

“The results of this study suggest that the way forward in understanding the impacts of CRE on atmospheric circulation and patterns of precipitation must necessarily include the effects of spatial contrasts in the heat capacity of the underlying surface.”