He was recently granted the Australian Global Talent Visa in Data Science/DigiTech in recognition of his scientific carrier and industry engagement. His expertise could be more broadly described as statistics, statistical physics and data science.

Leonardo’s scientific interests revolve around developing and applying analytical tools and concepts from Complex System Science to real-world problems – ranging from genetics, human motor behaviour and medical data to resources industry data.  By blending Network Science, Dynamical Systems theory, Nonlinear Time Series Analysis and Machine Learning/Statistics, his methods have and are being applied and deployed by Leonardo and his UWA collaborators within the resources sector in Australia and with medical science and technology. Most notably, he has completed a substantial research project, entitled “Subsurface Big Data Visualisation and Analysis: Oil/Gas Reservoirs”, to apply his techniques to better understand modelling, and drilling within oil extraction campaigns and uncertainty quantification. Separate to this he has completed a world-first benchmarking project, allowing for state-of-the-art layer detection and segmentation of geological records from drill core data via novel nonlinear time series methods. 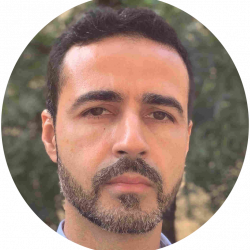 Back to Our people