Mark Girolami is the Sir Kirby Laing Professor of Civil Engineering (1965) within the Department of Engineering at the University of Cambridge where he also holds the Royal Academy of Engineering Research Chair in Data Centric Engineering. In this role he will provide academic leadership for the Centre for Digital Built Britain across the University and more broadly throughout the national and international research communities.

Prior to joining the University of Cambridge, he held the Chair of Statistics in the Department of Mathematics at Imperial College London. He was one of the original founding Executive Directors of the Alan Turing Institute UK’s national institute for Data Science and Artificial Intelligence, after which he was appointed as Strategic Programme Director at the Turing, where he established and continues to lead the Lloyd’s Register Foundation Programme on Data Centric Engineering.

Professor Girolami is an elected fellow of the Royal Society of Edinburgh, he was an EPSRC Advanced Research Fellow (2007-2012), an EPSRC Established Career Research Fellow (2012-2018), and a recipient of a Royal Society Wolfson Research Merit Award. He delivered the IMS Medallion Lecture at the Joint Statistical Meeting 2017, and the Bernoulli Society Forum Lecture at the European Meeting of Statisticians 2017.

In 2020 Professor Girolami will deliver the BCS and IET Turing Talk in London, Manchester, and Belfast. Professor Girolamo currently serves as the Editor-in-Chief of Statistics and Computing and the new open access journal Data Centric Engineering published by Cambridge University Press. 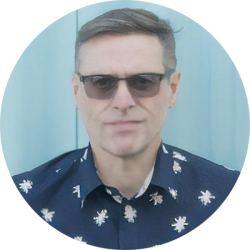