Mohammed is a Civil and Water Resources Engineer currently working as ‘Water System Operator – Greater Sydney’ with WaterNSW. Their main responsibility is to supply raw water from the Dams to Sydney Water to meet daily demand of 5 million people of Sydney. Mohammed is involved in water supply planning, demand forecasting, hydraulic modelling, outage planning, data analysis and status reporting. He has been working with WaterNSW in different groups e.g. Water Modelling, Data systems, Hydrometrics, System Operations since 2012 (back then known as Sydney Catchment Authority).

Mohammed completed a Master of Engineering Science (MEngSc) in Civil and Water Resources from the University of New South Wales (UNSW) in 2019. In 2013, he graduated from the University of Western Sydney (UWS) with a First-Class Honours in Civil Engineering. His honours thesis contributed towards the revision of Australian Rainfall and Runoff (ARR) 2016. His topic was ‘Development and testing of a regional flood estimation method for Eastern NSW with recent Flood Data’.  He was extensively involved in data collection and statistical analysis during the research. He received Australian Water Association (AWA) NSW Undergraduate Water Prize’12 for the research outcome and a subsequent nomination in OzWater’13.

He has joined DARE Centre as a PhD candidate to learn new methods of data analytics which will help him utilise his domain knowledge and develop a data science method for modelling the drivers of water quality and quantity in NSW. 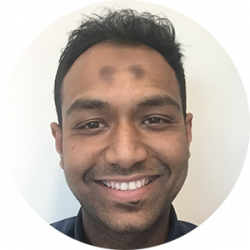