His area of expertise is Sequential Bayesian Optimisation (SBO), which is a novel probabilistic method for optimal sequential decision making under uncertainty that maximises long-term reward. Although SBO has been readily applied to robotics and environmental monitoring, it can be applied to any optimisation problem.

Roman is currently exploring the application of SBO to increase the efficiency and reduce bias in predictive policing. Throughout his career, Dr Marchant has received several awards, which include the Google Publication Prize 2013, Best Presentation at the University of Sydney Student Conference 2013 and 2014.

He was selected by the Chilean Government for a PhD scholarship in 2011 and then received a Top-up scholarship from NICTA in 2012. Roman has undertaken a number of projects developing data science models to understand real world problems including work with NSW Police to understand juvenile crime and on the effectiveness of lock-out laws in Sydney to curb alcohol related assaults. 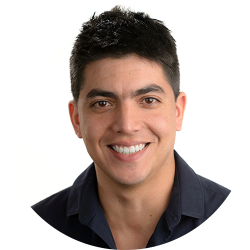