Sam completed his integrated Masters degree at the University of Manchester in 2019, where he studied for a dual Honours in Mathematics and Physics. During the final year of his degree, he worked on two Masters projects, one in Mathematics and one in Physics, titled “Solving the Helmholtz Equation Using Finite Element Methods” and “Modelling Chaotic Magnetic Fields in Plasma” respectively. Both projects involved applied Mathematics and Data Science techniques.

In addition to his studies, Sam has worked for the European Space Agency, Satellite Applications Catapult and as a Software Developer for Apadmi Ltd.

Outside of academia, Sam is a keen rock climber and surfer. In August 2020, he spent a month on expedition in Kyrgyzstan where he was part of a team who made the first ascent of a 4000m peak. He is keen to have some more adventures and start a new chapter in Australia. 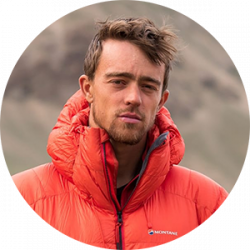