Understanding the cumulative impacts in our natural resource consumption and management, has important long-term consequences for Australia’s economic, societal and environmental health. Yet many decisions and policies are based on limited amounts of data and rudimentary data analysis, with little appreciation of the critical role that understanding and quantifying uncertainty plays in the process.

The ARC Industrial Transformation Training Centre for Data Analytics for Resources and Environments (DARE) will develop and deliver the data science skills and tools for Australia’s natural resource industries and managers; to be expert users of data and models; to quantify, explain and understand uncertainty; and to make the best possible evidence-based decisions in exploiting and stewarding the nations’ natural resources and environment.

In addition, the DARE Centre is collaborating with the UK’s leading data science organisation, the Alan Turing Institute to ensure students have access to the world’s best practice data science, including the opportunity to participate in an exchange program in the UK.

Led by Professor Willem Vervoort, the DARE Centre will train PhD candidates in world leading data science through an innovative, collaborative program between industry, government and academia. All students will undertake a cohort-based training program in data science prior to selecting a specific data science project and domain. Data science research projects will be applied against real world challenges through an industry placement program with one of our Partner Organisations.

PhD’s will take place over a three to four-year period including one year on secondment with a Partner Organisation. The DARE Centre will support linkages between industry and academia through industrial training opportunities for higher degree researchers.

The DARE Advisory Board

The DARE Centre will be supported by an exemplar advisory board of industry, government and academic leaders. The Advisory Board will ensure that the Centre considers key current and emerging issues, delivers economic value for Australia and maintains a strong strategic focus.

A quantitative psychologist by background, Professor Pattison began her academic career at the University of Melbourne.  She served in a number of academic leadership roles at the University of Melbourne, including president of its Academic Board from 2007-2008 and  Deputy Vice-Chancellor (Academic) from 2011-2014 before taking up the role in 2014 of Deputy Vice-Chancellor Education at the University of Sydney.  During her term, Pip led the University’s strategy for learning and teaching, with a major focus on transformation of the undergraduate curriculum, the student experience and new approaches to postgraduate education and microcredentials.  Pip retired from the role at the end of 2021.

The primary focus of Professor Pattison’s research is the development and application of mathematical and statistical models for social networks and network processes.  Applications have included the transmission of infectious diseases, the evolution of the biotechnology industry in Australia, and community recovery following bushfire.

Professor Pattison was elected a Fellow of the Academy of the Social Sciences in Australia in 1995 and of the Royal Society of NSW in 2017.

Professor Pattison was named on the Queen’s Birthday 2015 Honours List as an Officer of the Order of Australia for distinguished service to higher education, particularly through contributions to the study of social network modelling, analysis and theory, and to university leadership and administration. 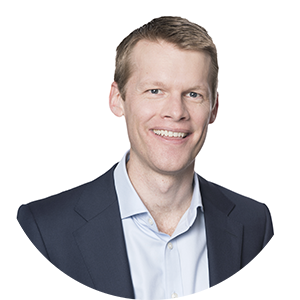 Dr Tim Fountaine leads McKinsey Analytics in Australia and New Zealand and the Australasian office of QuantumBlack, an analytics consulting firm McKinsey acquired in 2015. In this capacity, he works with a range of public and private organizations on issues related to advanced analytics, machine learning, and artificial intelligence.

In addition, Tim has a passion for healthcare. He collaborates with senior health-organization executives to transform systems, improve quality and financial performance, manage cost-focused initiatives, and reconfigure services.

The scope of Tim’s work often spans states and regions across the world, giving him a truly global perspective and a wealth of insights on the latest, most important issues his clients face.

Prior to joining McKinsey, Tim worked as a physician. He is an adjunct associate professor at the University of Notre Dame. 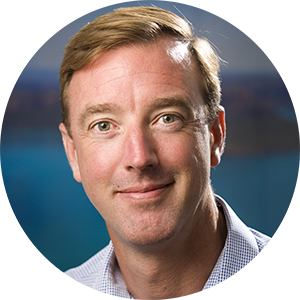 Chris Gentle is currently the Program Director, Information Management at the Western Australia Biodiversity Science Institute. Chris has over twenty years’ experience consulting at a strategic level within the information management industry for natural resources and government sectors. He has specialised knowledge in developing and implementing location-intelligence strategies and leading ICT strategy and implementation planning for resource infrastructure capital projects. Chris has a focus on customer outcomes with his multi-disciplinary expertise gained through years of working in the data management and systems as well as the engineering services industry.

Chris holds a Bachelor of Science from The University of Western Australia, a Graduate Diploma in Technology Management and an M.B.A. from La Trobe University. 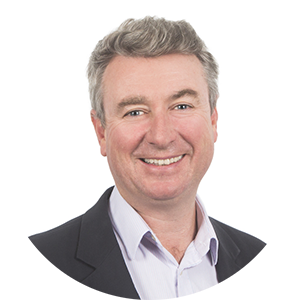 Dr Ian Oppermann is the NSW Government’s Chief Data Scientist working within the Department of Customer Service. He is also an Industry Professor at the University of Technology Sydney.  From 2015 to 2019, Ian was also the CEO of the NSW Data Analytics Center (DAC). Ian has nearly 30 years’ experience in the ICT sector and, has led organizations with more than 300 people, delivering products and outcomes that have impacted hundreds of millions of people globally. 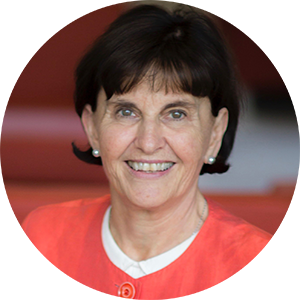 Dr Susan Pond AM, FRSN FTSE FAHMS is an experienced leader in business & academia, recognised for her national & international contributions in science, technology and medicine. Currently, she serves as Chair of the New South Wales Smart Sensing Network, Vice-President of the Royal Society of NSW, Governor in Council Member of the Queensland University of Technology, Non-Executive Director of the Trusted Autonomous Systems for Defence Cooperative Research Centre, Biotron Limited, Vectus Biosystems Limited, Cannatrek Limited and the Australian Phenomics Network, and Adjunct Professor in the Faculty of Engineering & Information Technologies at The University of Sydney. Most recently, Dr Pond was Director of Sydney Nano, a multidisciplinary institution at The University of Sydney from 2017-2018. 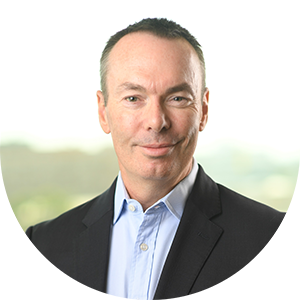 Gavin is the Chief Information Officer at Newcrest Mining and has held this role since 2014.  Prior to this he has held senior roles in the Retail and Transport sectors.  He has a long history in innovating with technology and creating significant value for his employers.  Over his time in the Newcrest role, Gavin and his team have built a set of industry leading IT and Digital capabilities that have been applied to deliver significant measurable benefits to Newcrest.  These include the award-winning Data Science, IoT, Newcrest Crowd, and SAP Cloud platforms.  Gavin is a strong believer in empowered, values driven teams working together towards shared goals and is very proud to lead a high performing team at Newcrest.